This consignment agreement is made between (Your Name) (the consignor) and Mulberry Bush Consignment  (owner, Chenay Sloan).

It is agreed as follows: 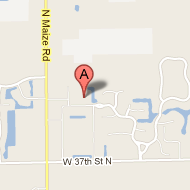